What I Found About My SoulMate Will Surprise You!

It has been an interesting journey, and I would love to say I was always at peace, very open-minded, and quite encouraging of her transition. She did give me the option and said, “You know, if this ends our relationship, I will not do this”.

Do You Believe in Soulmates?

If you do, then you are not the only one. According to a Marist poll, 73% of Americans believe in soulmates. 74% of men believe that they are destined to find their one, true soulmate, compared to 71% of females.

Here is a really simple question: Have you ever personally met your soulmate? Keep on reading, because I was told something about my soulmate that would change my life forever.

The next step is this: can you think about what made that person your soulmate? Maybe the way they looked? Did it have anything to do with their career? How about the way that they connected with your soul? Perhaps you both followed the same religion? There can be a million different reasons why we feel such a deep connection to another person.

I grew up in a Christian environment and I was determined to find my soulmate. I was certain that this person had to have strength of character, respect for women, had to have good looks, and would love me for who I was, since I have a unique personality. It was obvious that I would not find this person in a bar or a club.

My life was going smoothly. I was in an Ivy League school, I played soccer, and achieved whatever I set my mind to at that moment. The one thing I was missing was my soulmate, and I was already between the ages of 24 and 25.

I was really interested in the Myers-Briggs personality test, and one night I was browsing the internet, wanting to find a guy who was an INFJ male. I googled “male”, and out of the two results that came up, one ended up being my future spouse. I reached out to him that instant, and we met up. During this time, I was doing social work in Pasadena.

Alex was working for a startup in Pasadena as a software developer but living in Reno. We had this great connection. It was a whirlwind courtship, and we managed to get together with all our families in six months. To their dismay, we got married; but when they saw us together and understood why we were married, we had their blessing.

We made each other better people; we were extremely compatible, and had tremendous amount of respect for one another. Alex was the yin to my yang. He had a very chilled personality; was relaxed and went at a slow-but-steady pace. I was just the opposite; crazy, erratic, and creative. We worked like a lock-and-key; our relationship was seamless and continued to be that way till I dropped out of graduate school and moved to Reno to work in start-ups.

We worked on similar start-up business concepts every night. We would go out to restaurants or bars and discuss ideas. Our minds felt like one mind. We have been married for nine years now; we enjoy each other’s’ minds and are literally soulmates. It feels like the most peaceful time in my whole life.

It felt like this person’s soul was my home. We did everything together: worked on projects,  bought a house, and we even dreamed together. I helped Alex raise his step kids, and everything seemed like I had won the lottery. I felt like I could check-off the box of finding my soulmate.

One day someone told me something that would change my whole life: I was told that my spouse was TRANSGENDER.

My initial response was, “you have got to be kidding me!” My second response was, “OK tell me more”. What did this mean for us? This was about three years ago; we are still married. After this, I started really researching what it meant to be transgender. It meant that she was not comfortable in her male body and she needed to transition medically.

It has been an interesting journey, and I would love to say I was always at peace, very open-minded, and quite encouraging of her transition. She did give me the option and said, “You know, if this ends our relationship, I will not do this”.

I had great respect for how much she respected our marriage and me as a human being. I wanted all the best for my spouse, and for her to feel whole, but I was also feeling like somebody was dying. It felt as if someone that I knew was going away and a new person was coming in, and this was a real struggle for me.  This is just a natural progression of how one would feel when their spouse transitions. Around 60% of my reaction was in another aspect, which is known as internalized transphobia. I didn’t even know I had it. Alex talked a lot about programming and specifically what men and boys have been programmed to think about women and sexuality. I believe that as a society, we’ve been programmed to think that if people don’t fit into the binary system, who aren’t men or women or who were born same-sex, they would be different, weird or strange.

Even though I knew this person inside and out, that I have been married for six years, and I adored every fiber of this person’s being, it was still hard for me because I felt this sense of embarrassment because we were now different. I of all people understood that this was a normal person who had a serious but treatable condition; but I still had to go through the entire process. It has been three years, and I’ve had to do a lot of hard work.

Some of the questions I have dealt and continue to deal with include what it means to be married to somebody who is transgender, and what that says about my sexuality. Does that mean that I am now a lesbian? Because when we go out, people see us and they naturally think that we are a lesbian couple, which is not entirely accurate.

What does this mean? When we are at the gym, and we swim together, then go to the locker room together; all of these activities lead to interactions with people that could or could not understand our situation. This was hard for me. Before, I had all this privilege as a white, middle-class female, who was OK with being a female who was married to a male. This meant that I was in a heterosexual relationship, and it came with all the privilege that I took for granted.

In this journey, every day we are learning new things and I am learning what words to say and what words not to say. I am learning what works in the bedroom, and what doesn’t work in the bedroom. Among all these things I had to relearn, and realize that a lot of my fear about my spouse changing was actually imposed from the outside. It was my fear of what other people would think. I am the proud wife of a transgender woman and she is still my soulmate.

If I was in a dark room right now, I would know how to find her. I believe that the one lesson to take from all of this is that people have a patina, a presence in the world. They have a certain look, job or any of these outward-facing things that help others identify them and put them into the “correct” box. That’s how we categorize people when we get to know them. Underneath all of this though, there’s a soul and that soul is much deeper, stronger, and much more identifiable than that patina.

Do you know how to recognize your soulmate? If you are going out in the world right now, would you know what you are looking for? To conclude, here is my challenge to you today: What does you future Soulmate look like? Find out right her now.

Find out What Your Future SoulMate Looks Like Here. 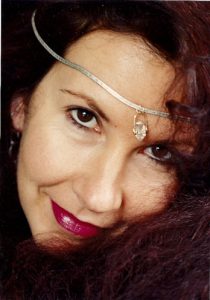 Jeanah Jens is the founder, writer, Physic Reader, ceremonialist, and developer of Beyond Tarot and more. What Began as a passion has turned into a Full time Career, with thousands of Psychic readings given. Jeanah truly understands people and has mastered the conscious and unconscious mind.

What Happens When You Find Your Soulmate 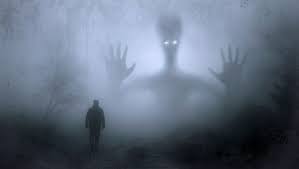 How To Get Rid of Shadow People in 12 Essential Steps